Top 5 Highlights for Nature Lovers in the Boka Kotor Bay

The Old Town of Kotor, its fortifications and nearby villages have been widely publicized since Kotor made it to the list of Lonely Planet’s top picks to visit in 2016.

The wider area of the Boka Kotor Bay offers some pretty amazing experiences for nature lovers, too. We had a chance to work with environmentalists and authentic local tourism providers within a non-profit initiative, called BETSA (Birdwatching and Eco Tourism of South Adriatic) and this is what we recommend as top 5 highlights for nature lovers:

Tivat Salt Pans, an ornithological reserve, enlisted on the Emerald and RAMSAR site, are a unique biodiversity gem. The most nature friendly ways of accessing the area are: by kayaks from Tivat, by bikes or walking a 3 km walking trail from Tivat Airport. 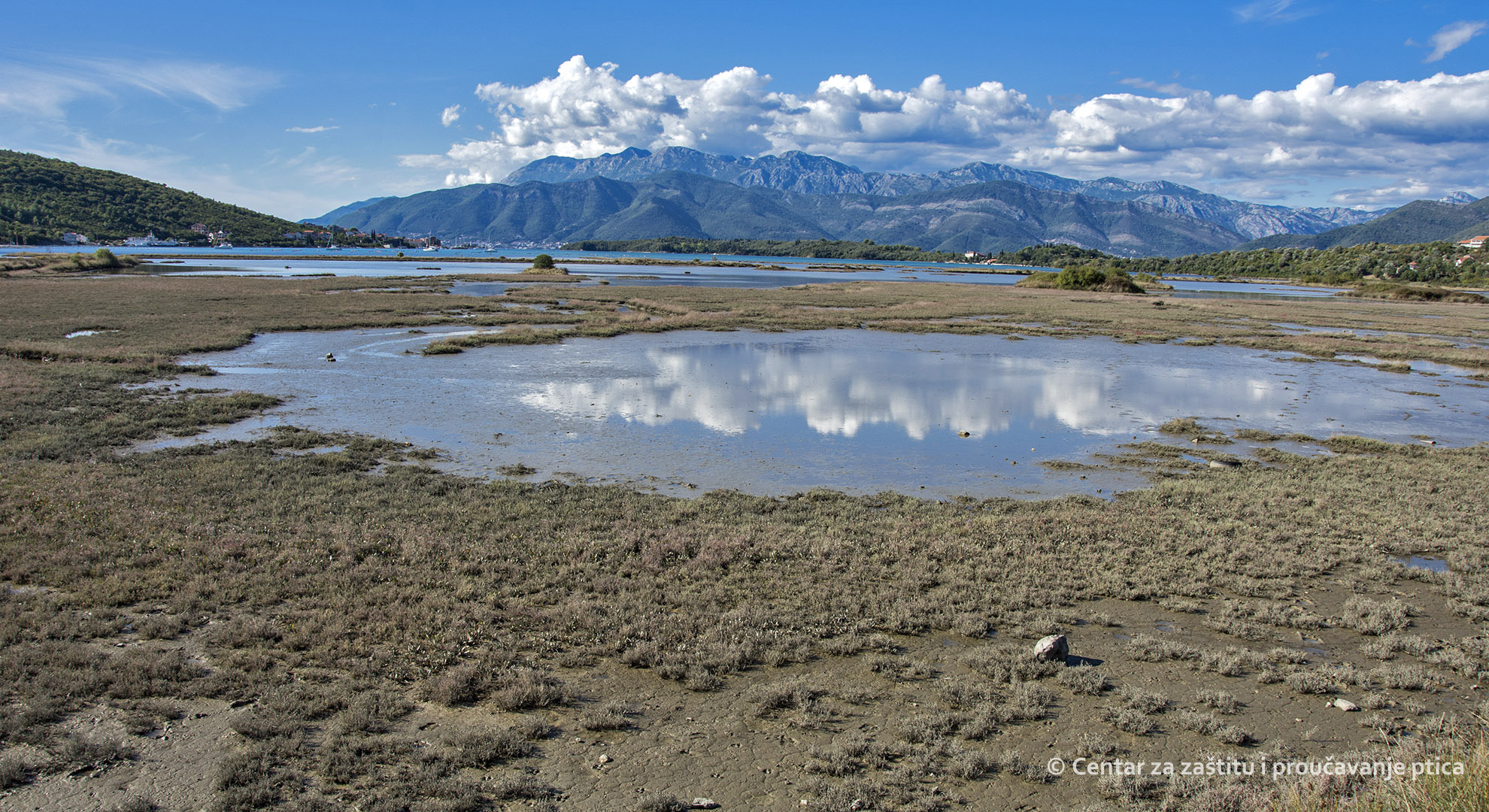 The natural and cultural heritage of Tivat Salt Pans is presented by young enthusiastic guides from the Center for Protection and Research of Birds (CZIP), a non-governmental organisation which is running an info point there. A variety of birds can be spotted during every season:  herons, several species of ducks, coots, snipes, woodcocks, cormorants, gulls, ibises and many more. In spring, the scenery is particularly impressive as most European species of water birds fly over the salt pans in large flocks. 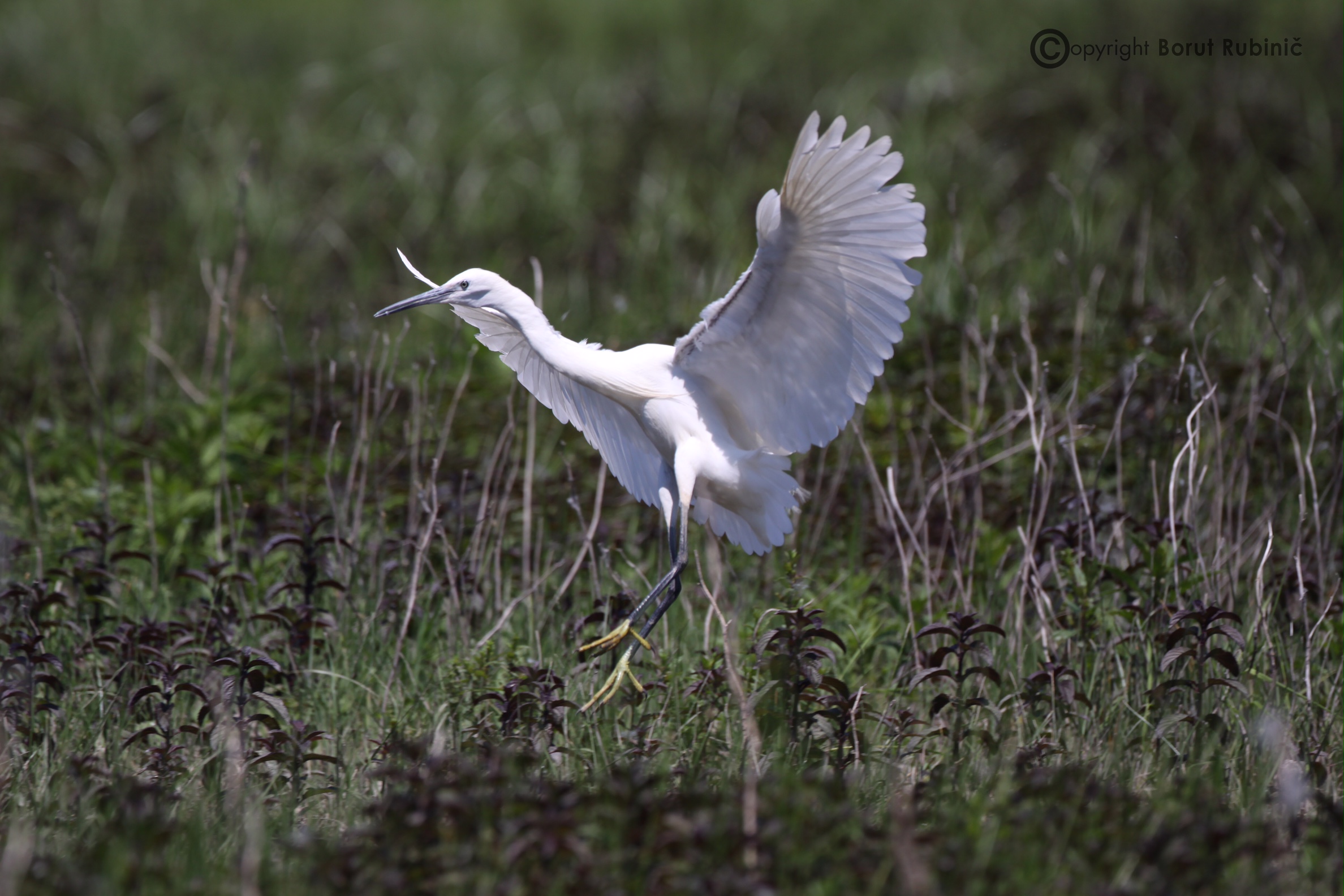 We recommend visiting the reserve either early in the morning or later in the day, before the sunset. The lights are just amazing. 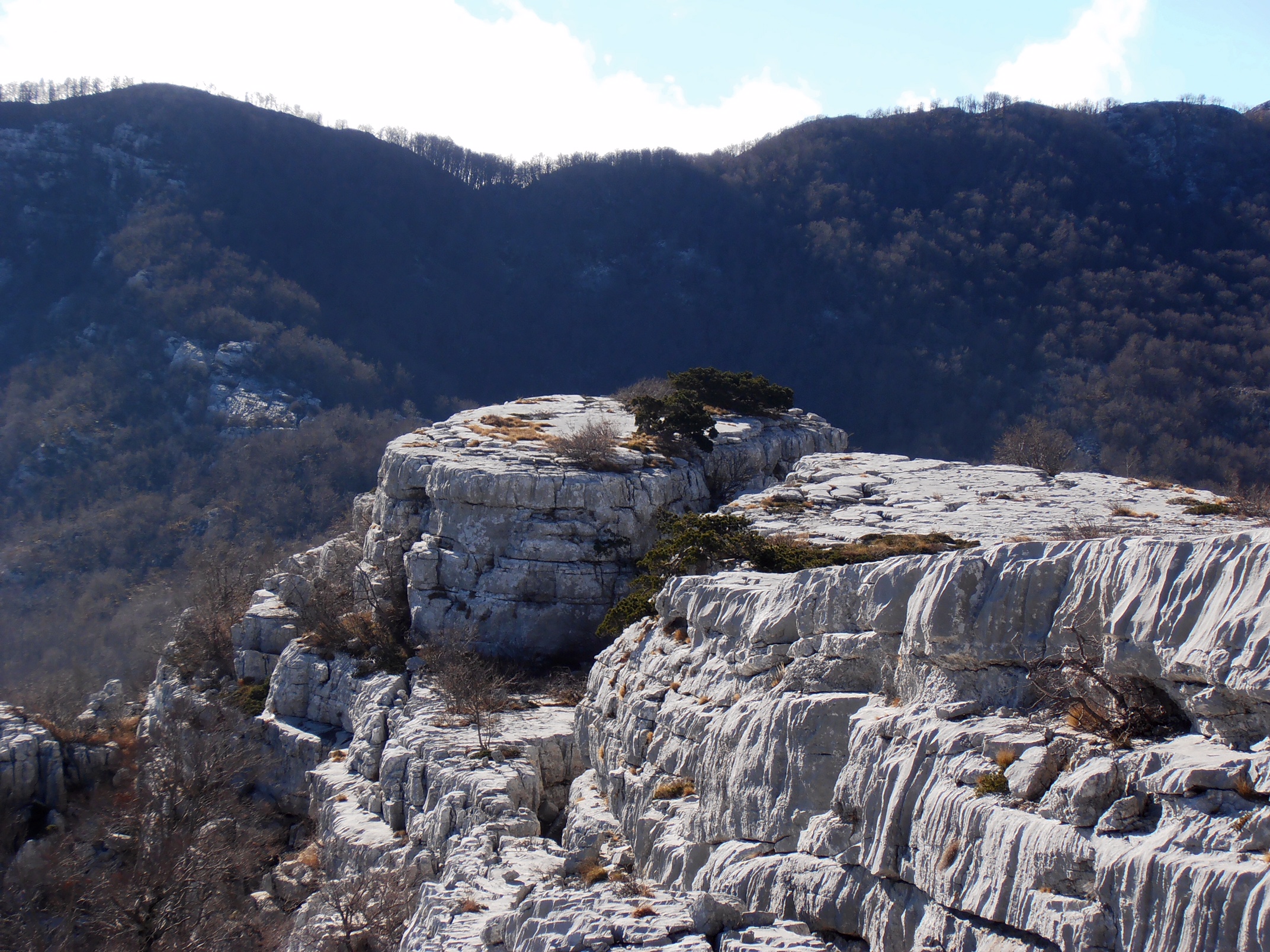 Orjen is the highest mountain range in the Mediterranean part of the Dinaric Alps. The area has been recently declared a regional park. First mountaineering trails and several fortifications date back to the 19th century, during the reign of the Austro-Hungarian Monarchy. Plateaus on Subra are majestic examples of karst micro-relief. ‘Subra amphitheatre’, for example, is a fabulous work of art by nature. Numerous speleological sites are scattered in the area. 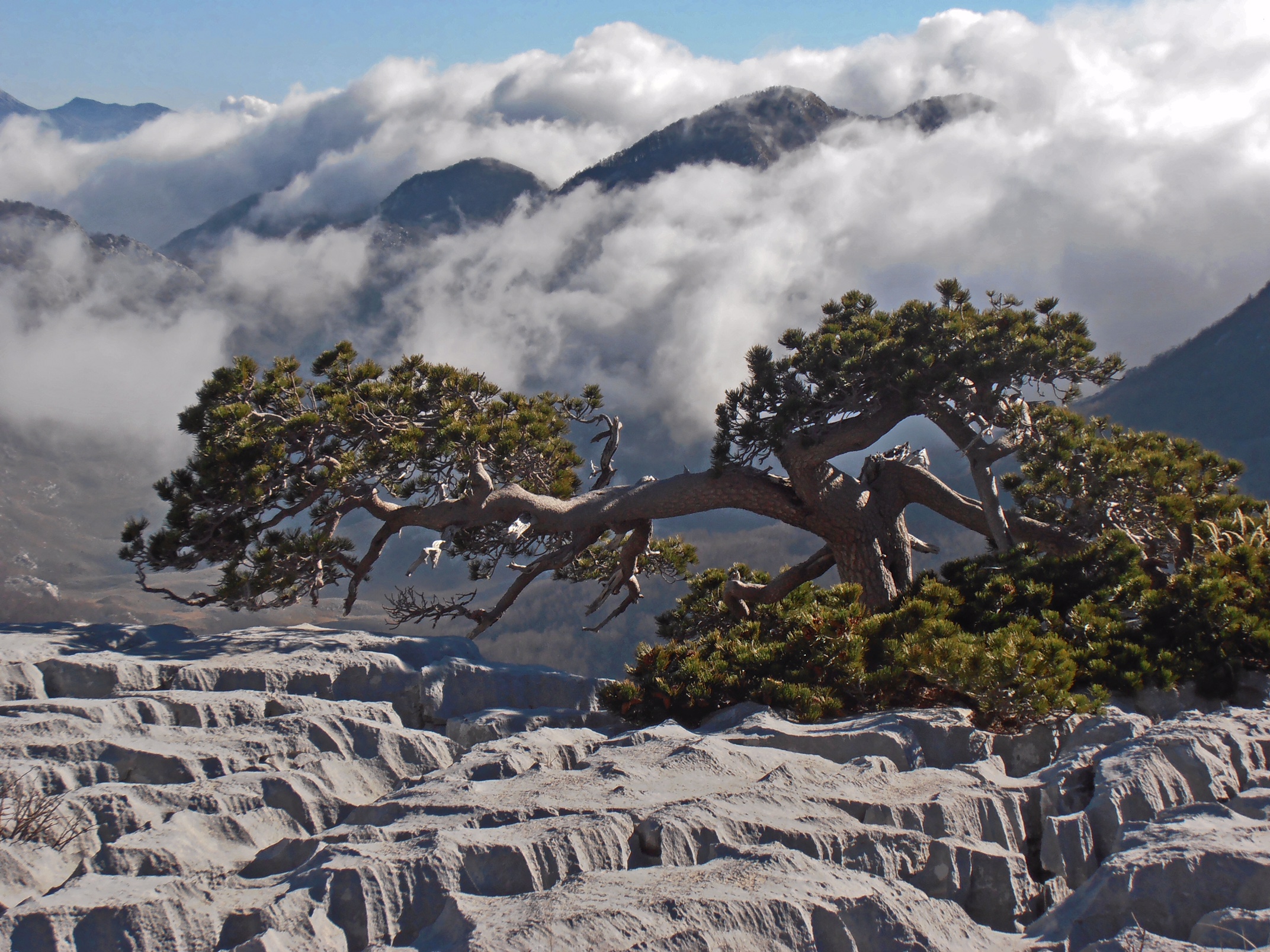 The best way to start the exploration of the mountain is from the edge of Herceg Novi at ‘Matkovića most’, near the village Matkovići on the way from Herceg Novi to Trebinje.

A one hour hike on a stony walking trail leads to Kotobilj forest. This area, afforested back in the 30s of the 20th century, is an untouched oasis of mixed trees of Bosnian pine and cypress. There is a lot to see in the surroundings. A visit to the tiny churches of St. Peter and St. Paul, as well as, to the Church of St. Stephen is especially rewarding. It’s also nice to walk to the ‘Secret Hill’, dominating above the village of Kameno. It used to be a military fortress and nowadays, it offers an attractive blend of history and nature. From the top of this hill some of the best views over the bay can be observed along with flocks of migratory birds during spring and autumn migrations.

On the way back, a little village Trebesin is also worth visiting. The name of the village comes from the French expression of excitement: ‘tres bien’. A delicious authentic meal can be ordered in ‘konoba’ there.

A small, almost completely abandoned Dinaric village of Žlijebi is noted for its unique stone houses with interlaced limestone roofs. Everything is built from stone in this village: poultry houses, paths, walls and even the church of St. Nikola. Nikola Sikimić, a local master of stone crafting, is one of a few left who can show you how to collect plates of limestone from the ground by hands so that they don’t break. With much care and love for this unique village he has renovated a beautiful complex of houses in traditional style that are now open to visitors. 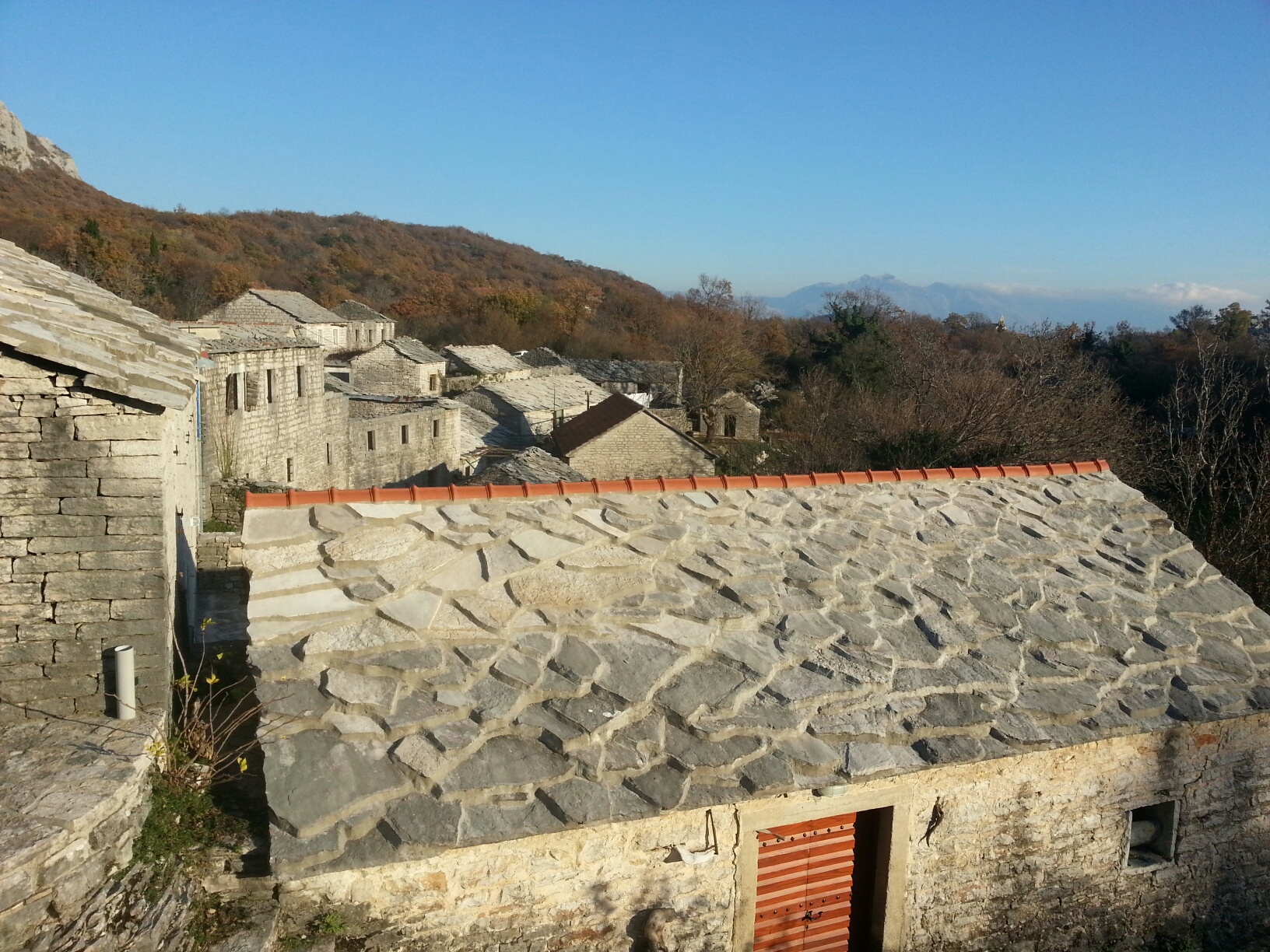 More than anything, simplicity and peace can be enjoyed in Žlijebi. And on a full-moon night the whole village glitters. Unforgettable!

Mount Vrmac is a peninsula, dividing Kotor Bay from Tivat Bay. On the Kotor side, it is part of the UNESCO world heritage, whereas on the side of Tivat, it is declared a regional park. Several marked walking trails that used to connect settlements and fortresses on Vrmac lead to spectacular views over the bays.

There are several options on how to hike to Vrmac. For those who prefer an easy walk, a 4-5 hour trail starts at the Austrian fortress, continues on the slopes of Vrmac to the highest peak of Sveti Ilija (St. Elijah, 785 m.a.s.l.). The views over the Kotor and Tivat Bay are stunning. 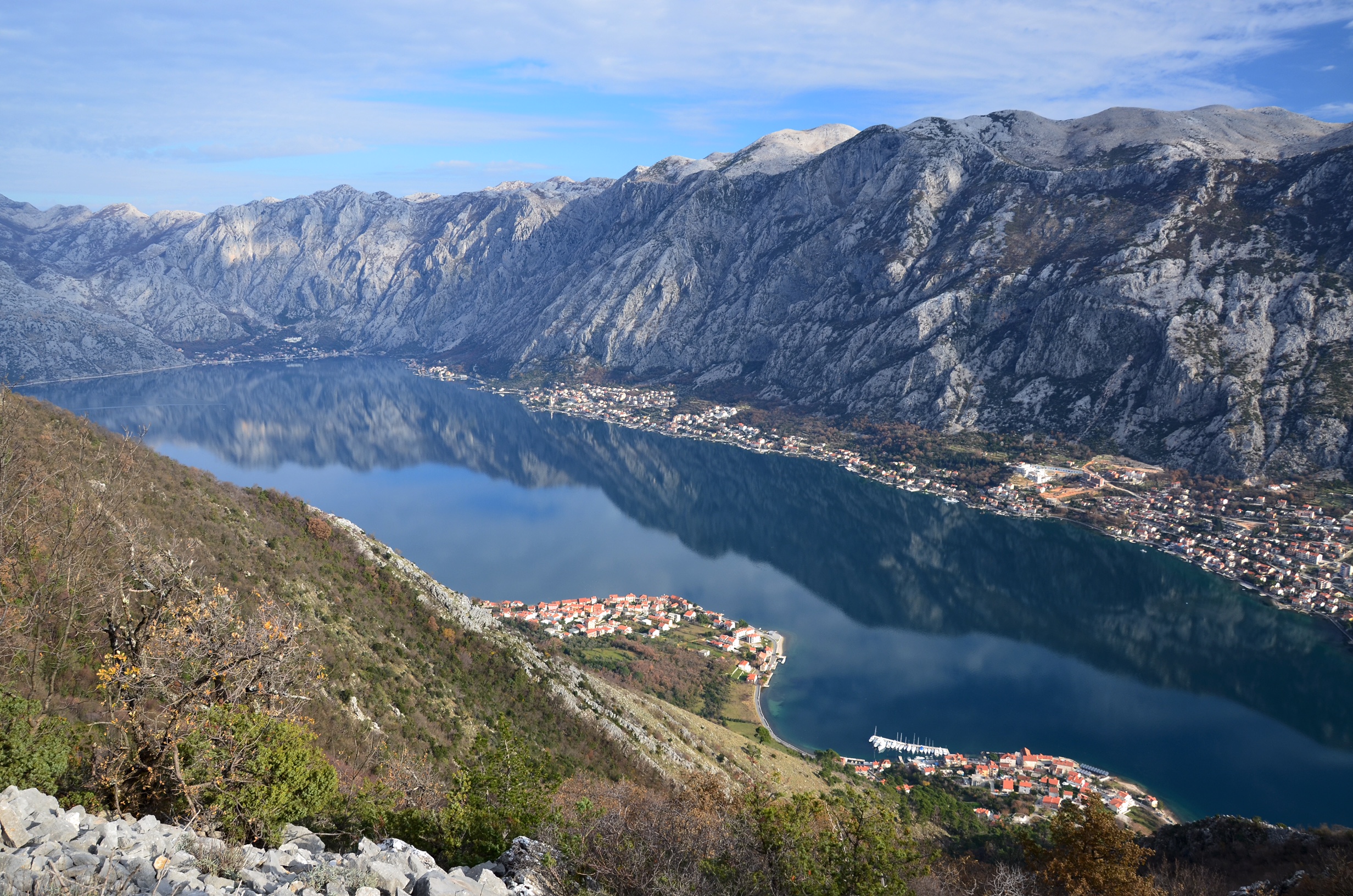 There is also a possibility of longer hikes, starting in the Old Town of Kotor, through Vrmac, to the village of Gornja Lastva. Local guides will help you with that. Pay special attention to the drumming sounds, made by woodpeckers, whose presence indicates highly preserved forests in this area.

Vrmac is attractive at all seasons – Camellia Festival is a spring overture to festivities in Boka. Camellias are a symbol of maritime tradition and interconnectedness with the rest of the world.
Summer is the time to enjoy Upper-Lastva Festival.
In the end of autumn/beginning of winter delicious chestnuts are the reason for another festival, called Chestnut Festival in Donji Stoliv. It’s amazing how many culinary delights can be made from this one ingredient.

Though this is one of the major attractions of Kotor, climbing the city walls just above the Old Town is a must. Rising at sunrise and avoiding crowds is certainly a good way of doing it. Nature lovers might enjoy this path a bit differently – at the very top, at the Fortress of Sveti Ivan (St John), an off-the-beaten path continues through ‘the window’ towards the village of Špiljari. 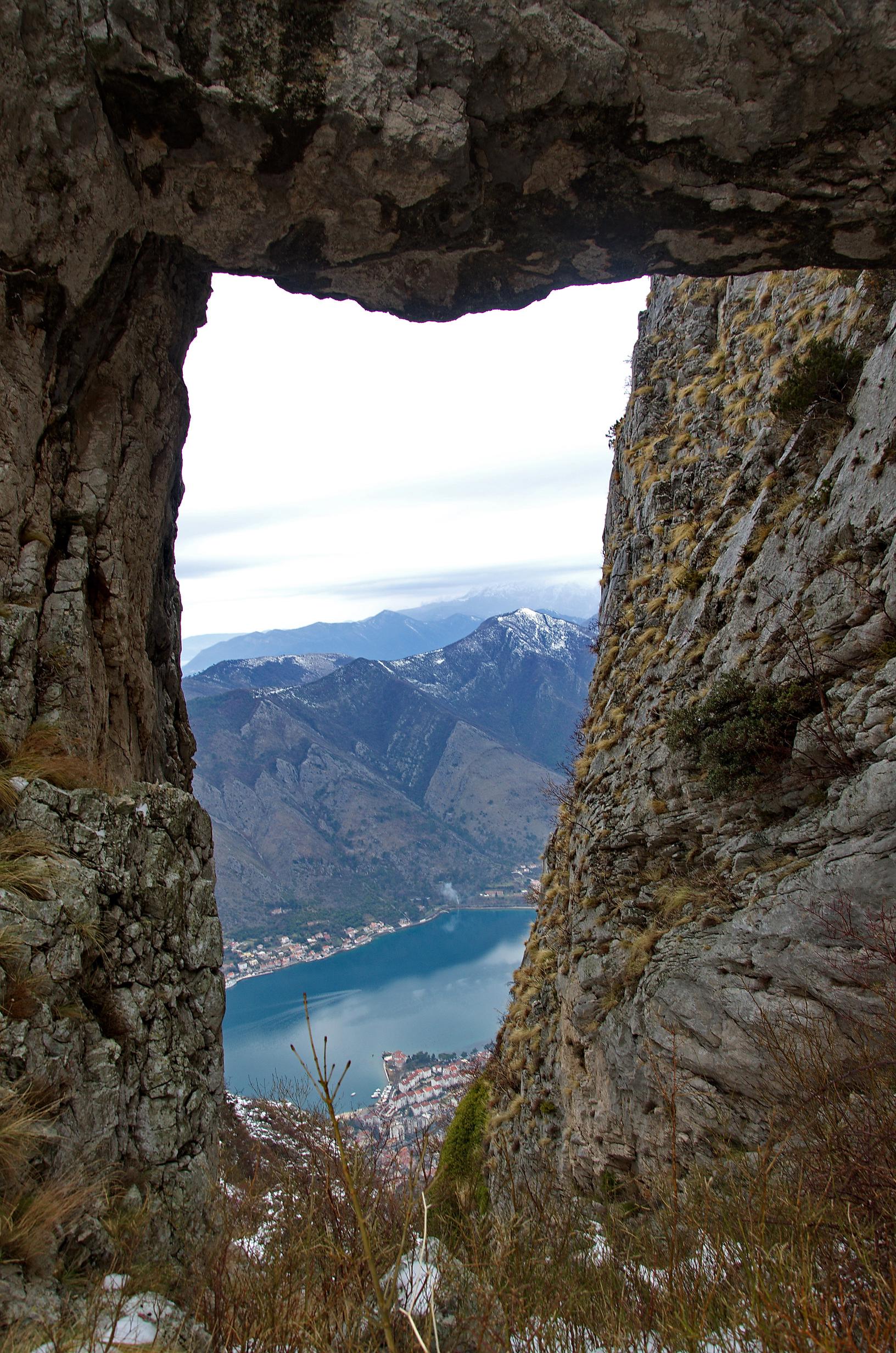 Perhaps a little ‘bar’ in the village is open and you will have the chance to taste the best pomegranate juice ever while sitting in traditional Montenegrin chairs, overlooking Vrmac, the Old Town and the sea.